I’m back with my second monthly pregnancy update! 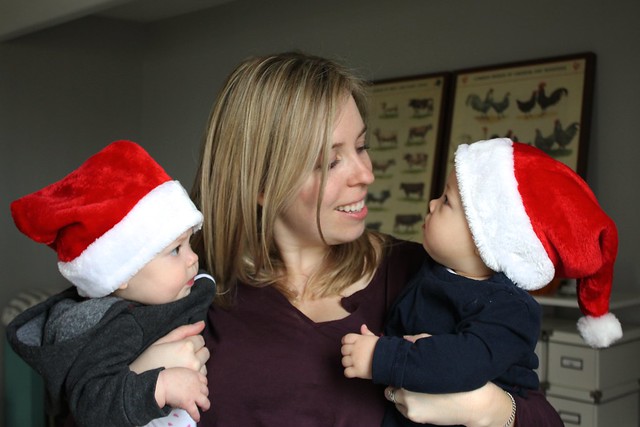 We had friends visit shortly after I announced the pregnancy and they brought their adorable 9 and 12 month olds with them. It was so fun to play with these two little girls and picture our own baby being in the mix next year. It also gave me a new appreciation for how people with twins handle it!

The rest of the week was more friends popping by, Garrett’s birthday (made this cake) and my great aunt’s birthday in the city (made this cake). If I learned one thing this week, it’s that I need to rest when my body tells me to. A series of early mornings and late nights that I normally could have handled, had me knocked out with the pregnancy. 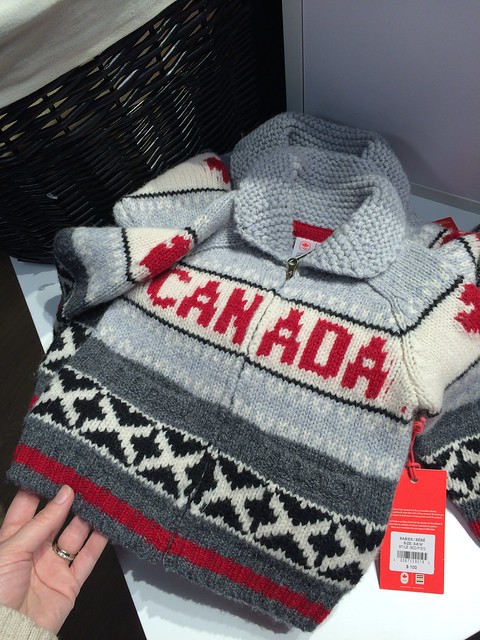 While out Christmas shopping, I almost bought my first piece of baby clothing. I saw these adorable kid’s Team Canada sweaters at The Bay and was oh so tempted. I’m still trying to hold out until we know what we’re having, which will be oh so soon! 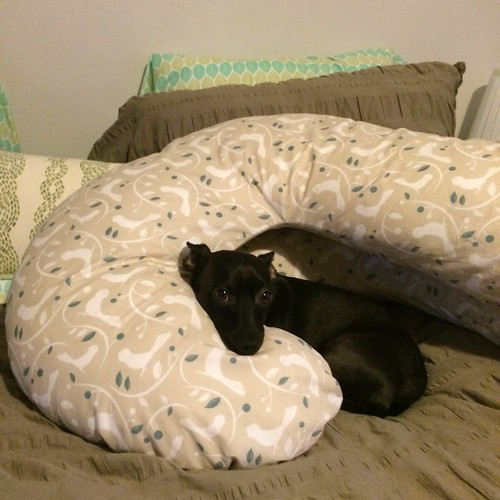 I’ve thankfully been feeling pretty great and just dealing with the fatigue and lack of sleep. My friend Jen lent me her Snoogle pregnancy pillow and it’s been a huge help at night. It gives me great support along my back and makes it much easier to get comfortable again after one of my many late night washroom breaks. The dogs have been loving the pillow too, and I can often find them snuggled up there, sometimes even together. 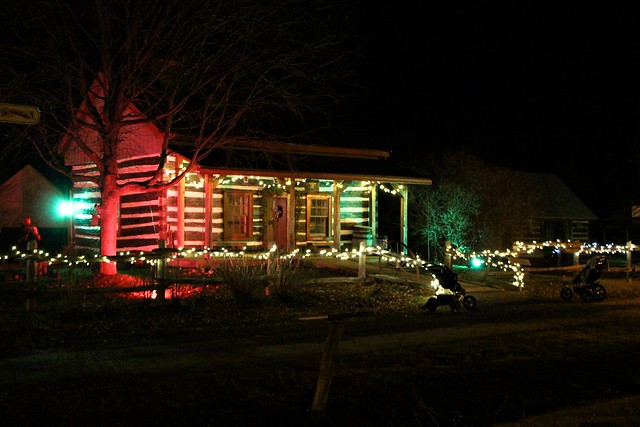 Despite feeling tired so much, I’m still trying to stay physically active. I’ve been going for walks on my lunch breaks when I can, doing a prenatal yoga class once a week, with more stretching and some light weights at home. On this weekend, Garrett and I went out to walk around our local pioneer village for their Old Fashioned Christmas. It felt good to move around and stretch my legs, and I always sleep better afterwards. 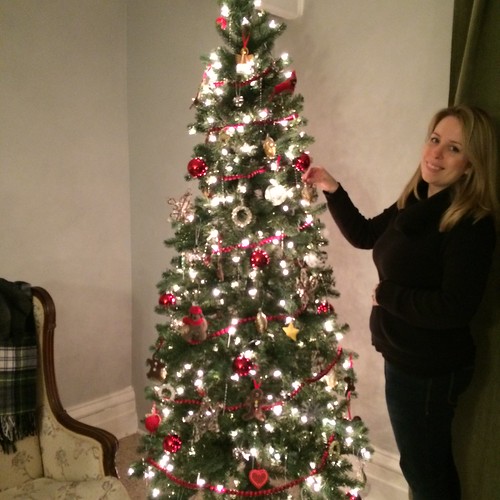 We came home that night in the Christmas spirit and decided to decorate our tree. We usually have to keep anything fuzzy and soft away from the bottom, or the dogs steal them as “toys”. With a baby crawling around next year, I think the bottom will just have to be bare, and leave temptation out for babies and dogs alike.

The rest of the Christmas decorating has been pretty slow going (which explains why I haven’t posted the holiday tour yet). I started with trying to get ALL our decorations out and I quickly came to the conclusion that I just don’t have the energy for that this year. 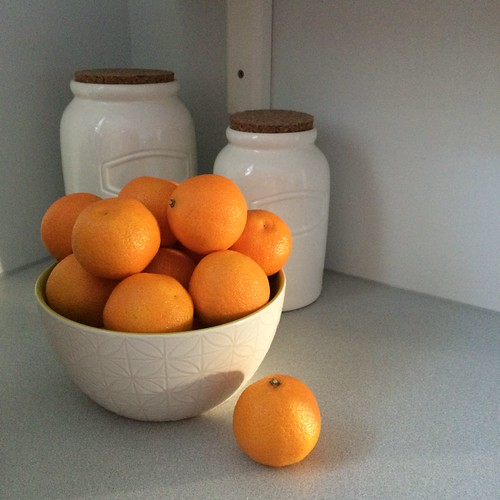 For the most part I’ve been eating pretty healthy lately. My morning routine is an organic spinach/strawberry protein smoothie and a piece of buttered multi-grain toast, a snack in the morning (fruit/veggies, cheese, crackers, cottage cheese or homemade muffin), lunch (usually leftovers from the previous night and a salad), another snack in the afternoon and then dinner at home. Clementines have been the only real sweet craving that I’ve add, and I can’t stop from eating them. They are just so good right now. (ok…and maybe a little bowl of ice cream with a few chocolate chips for dessert) 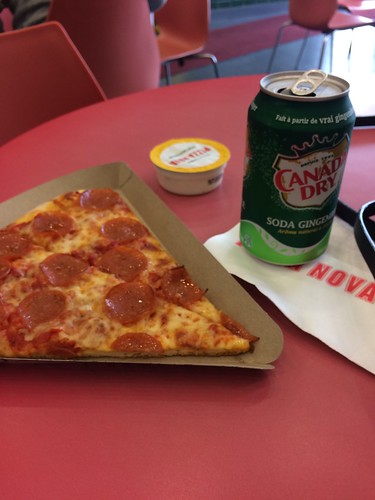 That being said, I’ve had my fair share of regular not-so-healthy cravings too – especially anything salty. A good plain cheeseburger or a slice of pepperoni pizza with garlic dipping sauce and if I reach for junk food it’s usually salt and vinegar chips (which I have to pour out into a small bowl or the bag will just disappear and I have no idea why…) 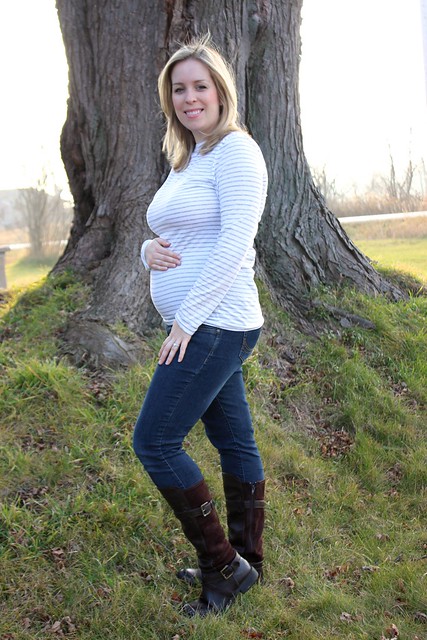 I’m officially four months pregnant! I can hardly believe that I’m that far along and yet at the same time I can see that the remaining 22-ish weeks will be filled with anxious anticipation. My belly is definitely getting bigger and rounder. Every week I’m putting clothes that no longer fit me into a bin until next year. It’s nice that people can definitely see it now, instead of looking like I’d just eaten a big lunch! We’ve got our next ultrasound coming up soon and then we’ll hopefully know whether it’s a girl or boy. I can’t wait! 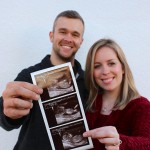 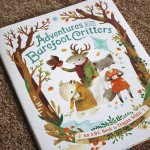