In honour of New Moon coming out this Friday I thought I would show you some baby werewolves we found a couple of years ago. Okay, they aren’t really baby werewolf babies…they’re just one week old raccoons, but they sure do look like little werewolves. 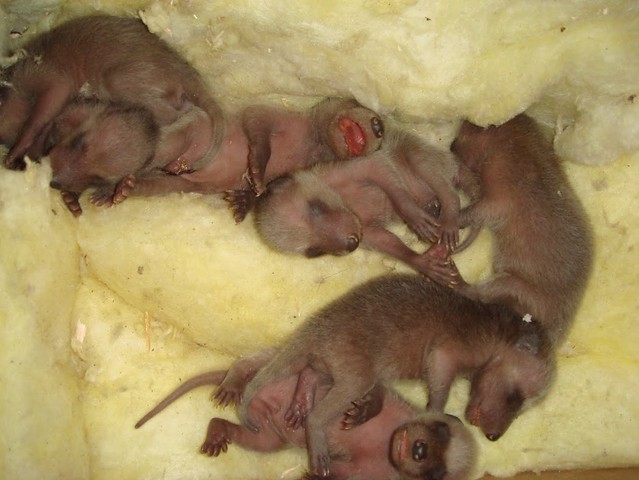 Their mother had made a home right above my sister’s bedroom and when my Dad got into the roof, he found these little critters. He carefully removed them with the insulation, as not to disturb them. The mother was already caught with a live trap, so it was just a matter of taking them to a local abandoned farmhouse that we knew of, and leave Mama Raccoon to take care of these little fellers.

Isn’t this little guy a dead ringer for the beasts in An American Werewolf in Paris?…just significantly smaller. Even look at those little claws!

Here is a video of the “baby werewolves”. I’ll warn you that they are crying for their mother, and move incredibly slow because they are less than a week old and need a lot more nourishment to get their strength. But don’t worry, in the end they all got back to mama safe and sound.