We’re about five weeks out from the move and I’m in full force purging and packing. Monday night was the first one that I didn’t pack at least one box up, but it was the apartment viewing, so it felt a bit odd to be packing up my turkey baster and holiday linens while strangers were poking around. I’ve been lucky that I’ve never had to have one of these viewings before at my previous rentals and I didn’t anticipate how awkward it would be. The good thing is that everyone who came by was really cool and reminded me of Garrett and I looking through the apartment for the first time three and half years ago (which is crazy because it doesn’t seem like that long ago). I hope that whoever ends up getting it loves it as much as we have. 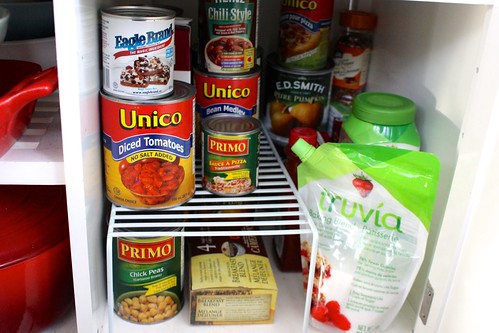 While going through our cupboards to see what I can safely pack right now, I realized that we have lots of food to eat up. In anticipation of my surgery in February I went a bit overboard in the food department. I made sure we had a stocked freezer and pantry, which was great at the time…but now I realize that we need to eat it all pretty darn quickly. There is no way that I want to carry anything to the new house that isn’t 100% necessary. The goal is to limit our groceries to just the basics from here on out – meat and fresh veggies and fruit. I’m going to have to get pretty creative with my meal planning. 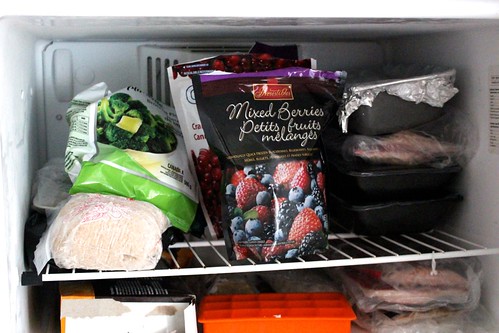 I looked through our freezer and found that we mostly have meat and frozen veggies for dinners and frozen berries for my fav breakfast smoothies. Somehow, we had SIX packages of bacon. Garrett’s sweet grandmother always picks him up some when it’s on sale, and I guess we haven’t been eating it fast enough. The plan is to start thawing the meat every other meal until it’s all gone, and use up the veggies as we go. The fridge is mostly full of our usual rotation of fresh food and lots of condiments. Hopefully we can use most of those up in the next few weeks. 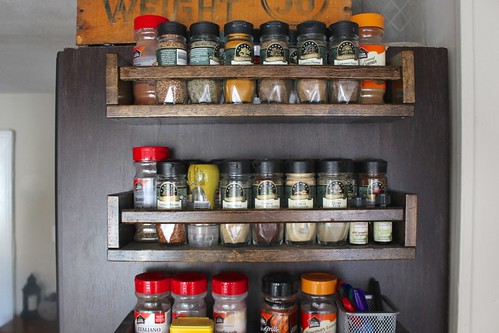 In the cupboards I found plenty of canned tomatoes, beans, pizza sauce, pumpkin (I was on a real kick this fall and then burned out on it), baking supplies and more spices than I know what to do with. I know for a fact that some of these spices came with me on the move from my Toronto apartment….making them at least four years old now. I recently started putting the date I opened them on the bottom of the jar so that I can keep track. Otherwise, I’m going to use this handy guide from McCormick on how long to keep spices:

The other bonus about using up all the food in the apartment before the move? We’ll save on groceries…which is money in hand for important things like renovations. We joke now that everything we do is comparable to something we’ll need in the house. Sure I would love to have that new sweater, but I could also buy an updated faucet for the powder room. Putting our money into something we own and adding value to it is a very exciting thing.