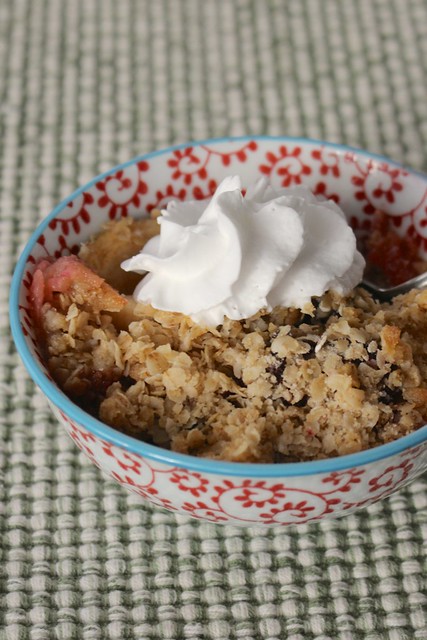 Last night we had friends over for dinner and I was trying to come up with a last minute dairy-free dessert idea. Everything I found online was either really complicated or had ingredients that I’d never even heard of. I just wanted a good old fashioned dessert that would finish off a great night with friends. That’s when I remembered the power of the crisp. Seriously, no one can resist a crisp/crumble/cobbler/buckle. 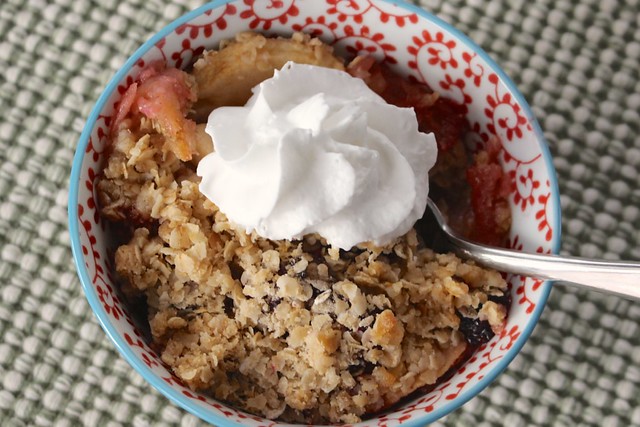 This one has a good fruit to oat ratio, which I think is key. Not enough fruit and it doesn’t hold up, too much topping and it’s dry. I based it on my Nana’s Apple Crisp recipe, making a few little tweaks, including swapping out the butter for coconut oil or shortening. The big difference – adding in extra salt that you would have got from the butter. I served it up warm with some whipped coconut cream (you can also make it from scratch).

What you need  •  Printable Version 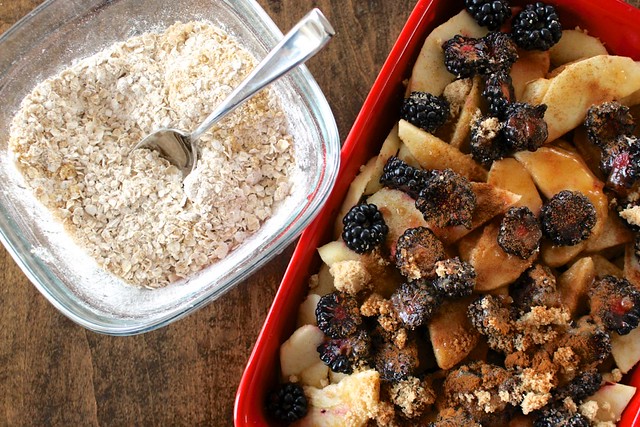 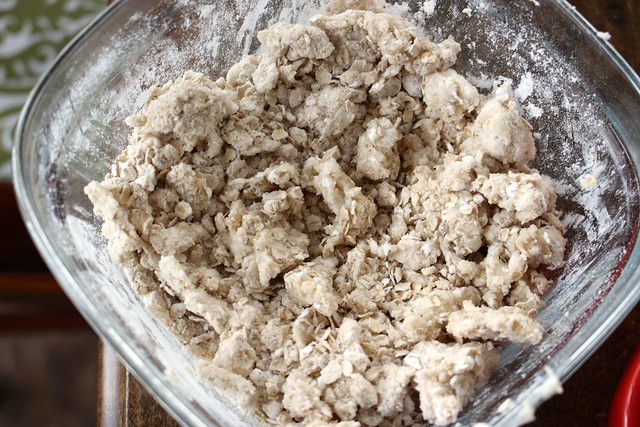 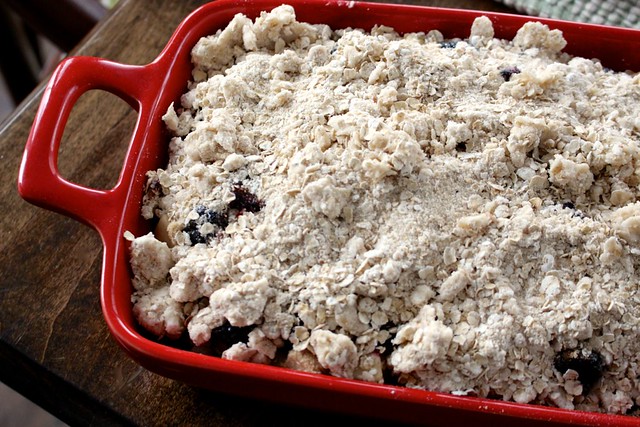 Sprinkle topping mixture over the fruit. Bake for 35-40 minutes or until apples are tender and topping is golden. Allow to cool 15 minutes before serving. 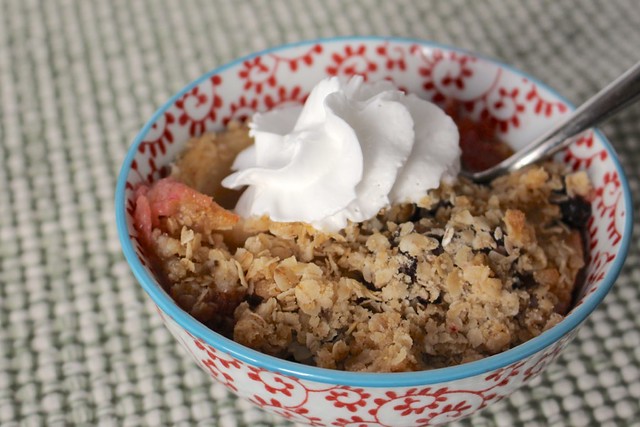