We had a great Halloween weekend here at the farmhouse – making costumes, watching movies and hitting up a party in town. My sister stayed with us for the weekend, which is always fun. It makes this big house feel more cozy when we have guests. 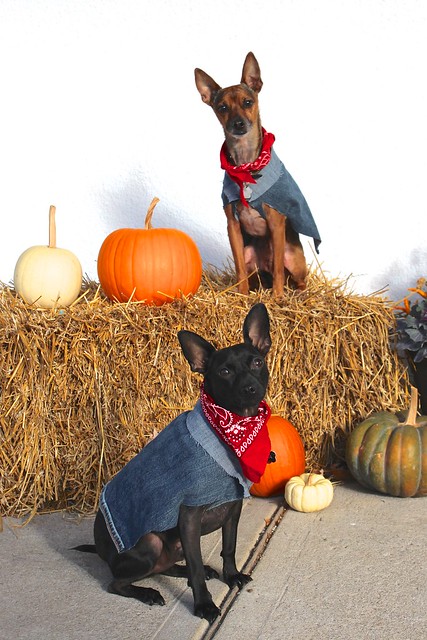 I always get into dressing the dogs up for Halloween and this year was no different. Seeing as these city dogs have moved to the country, it seemed only fitting that they be “Ranch Dogs”. 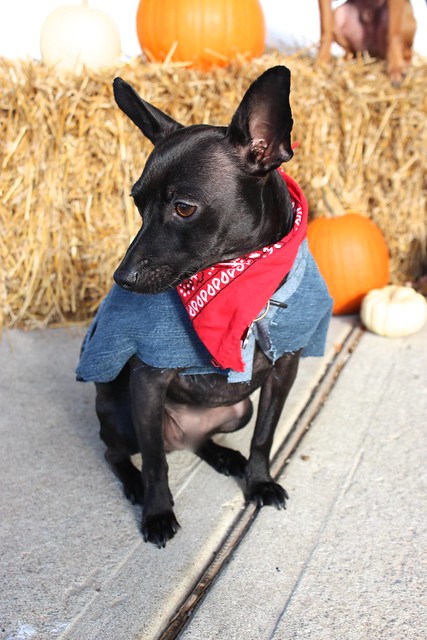 I cut legs off a pair of old jeans and added arm holes for “jackets”. The red bandannas are a larger one, cut in half to make mini bandanna for each of them. 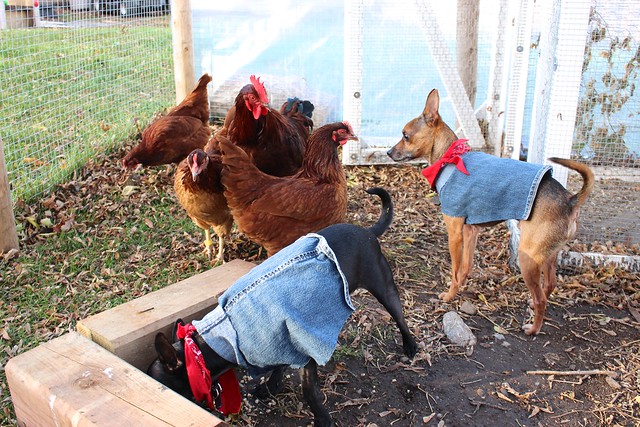 We let them wrangle up the chickens at breakfast one morning. Although Cola was more concerned about eating the food. 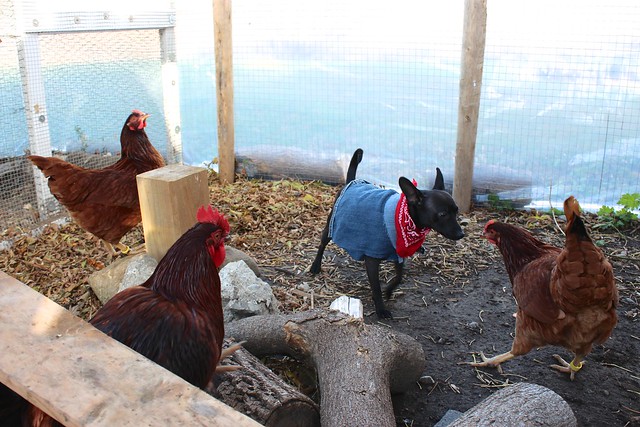 Whiskey is used to coming into the chicken pen with us, but Cola is always a little spooked by them…especially now that they’re about the same size. 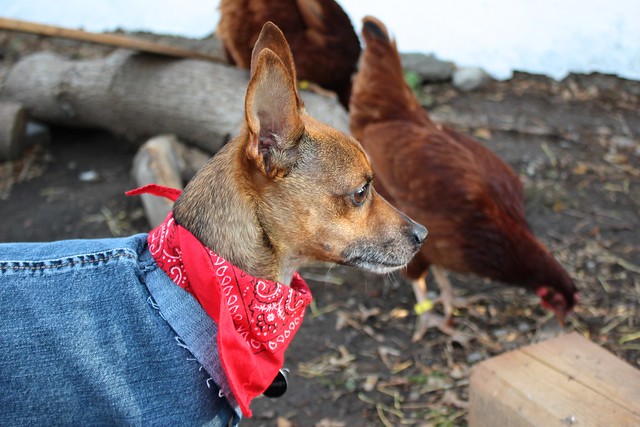 The only thing I couldn’t find that would have completed the look – mini cowboy hats! 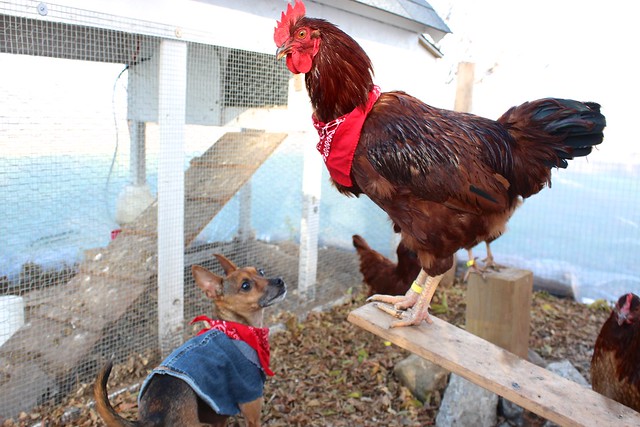 Even Henry had a turn at wearing the bandanna. 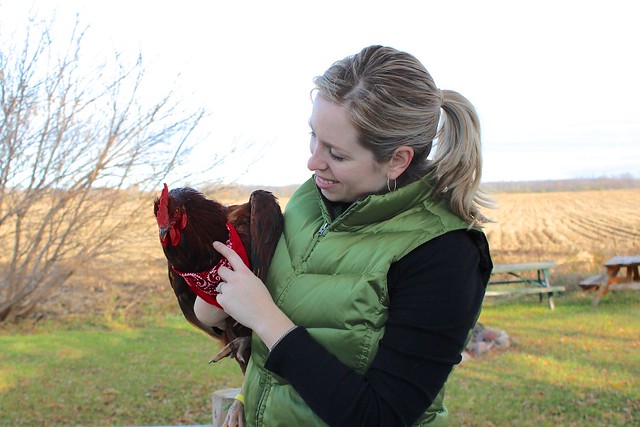 He figured out in about 2 minutes how to pull it up and over his head. Our smart little rooster. 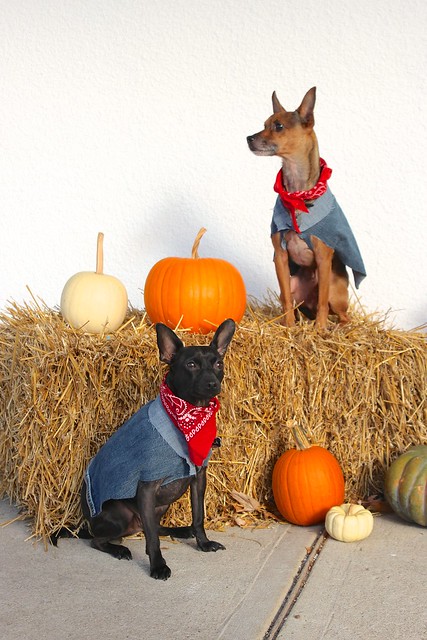 I’ll admit the jackets look more cape-like here, but I still think they were pretty cute. 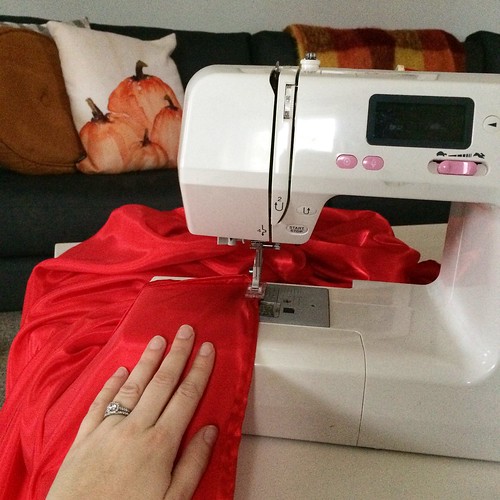 Our own costumes were finished up on Saturday morning in time for the Halloween Jack and Jill in town. 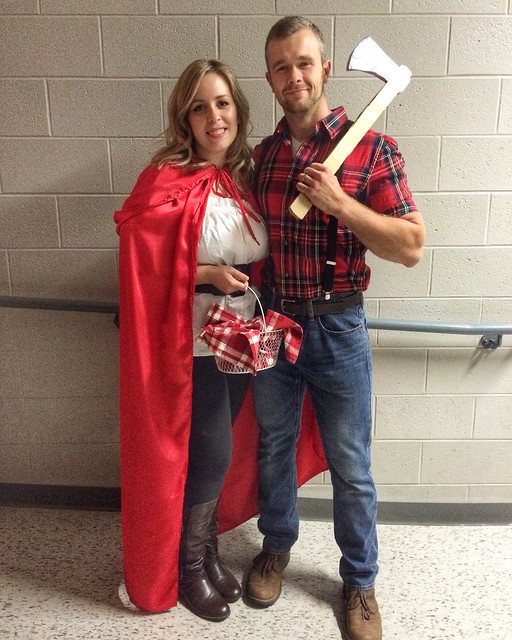 I went as Little Red Riding Hood and Garrett was the Woodsman (which was really just an excuse to wear plaid). 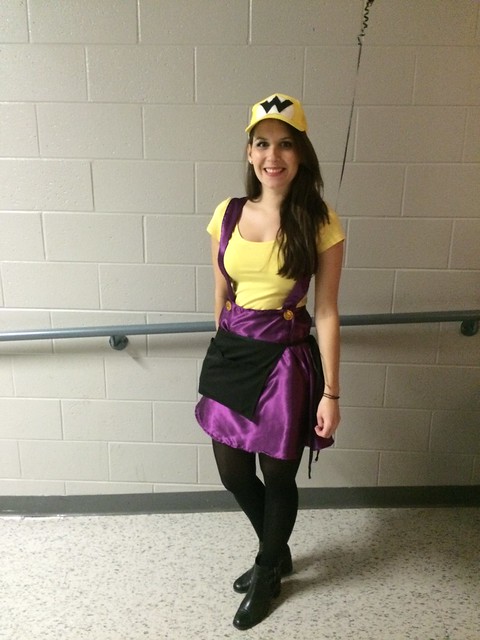 My sister is part of the wedding party and they all went as characters from Mario Cart. The bride and groom went as Princess Peach and Mario, while the rest were Bowser, Yoshi, Diddy Kong, etc. My sister was Wario, which turned out to be a fun costume to make together. We took a wrap skirt she liked, cut purple costume fabric to match the shape, and added straps and yellow buttons. We had such a hard time finding a yellow baseball cap (which we later learned was because everyone was dressing like minions this year), but she was able to paint an old hat we had at the house with yellow craft paint and add the logo. 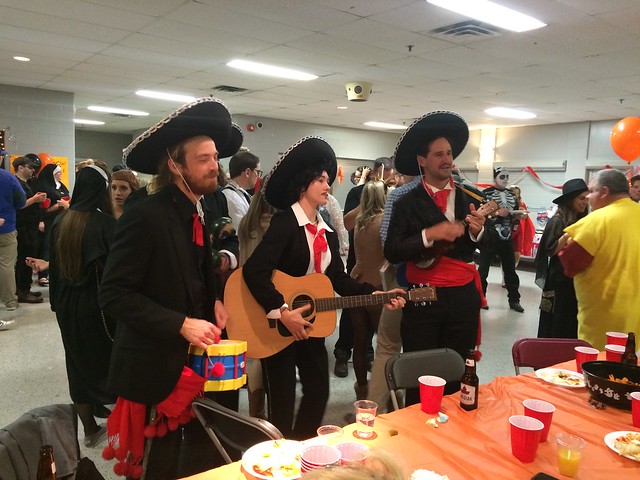 It was fun to see so many people really get into dressing up. One my favourites was the Mariachi band that went around serenading people. 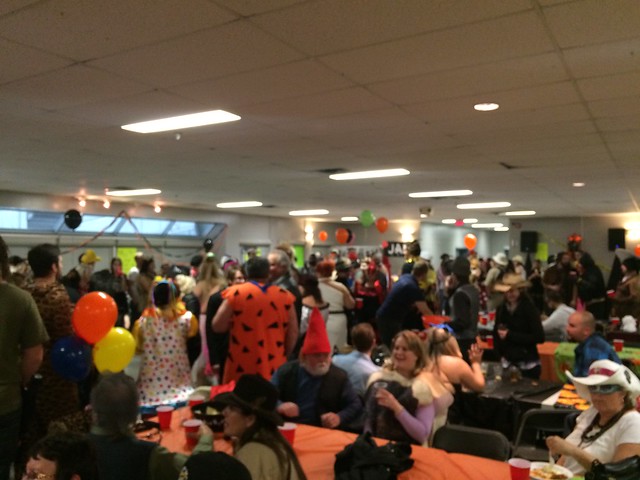 I only got one blurry photo of the place packed with at least 200 people. Great turn out for our small town. 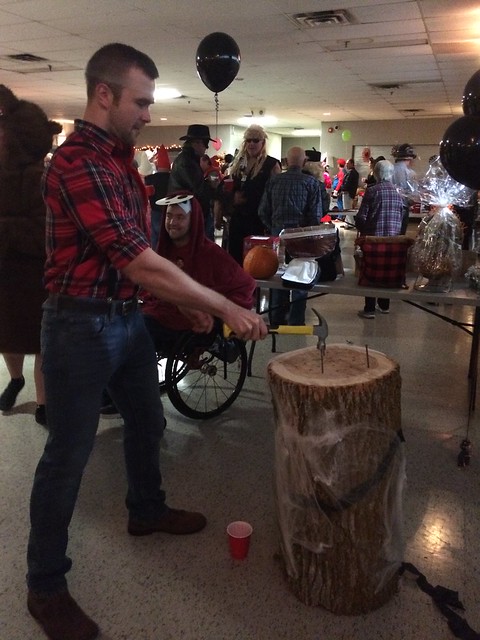 They had games set up all around the room. Garrett tried his hand at getting the nail in the stump and did it in 4 hits (tying for second place). I was more like 19… 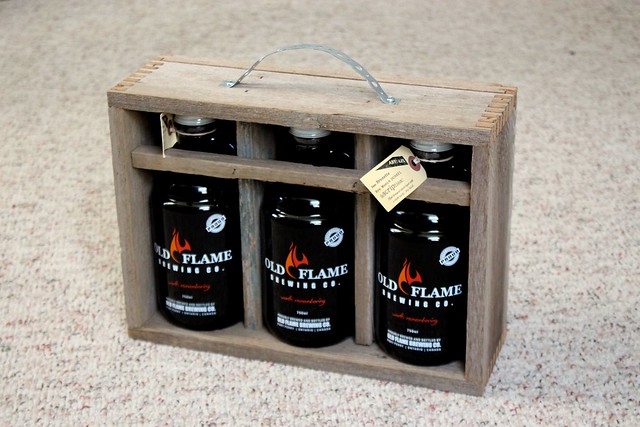 They had door prizes and raffles too. We grab a few tickets for fun and ended up winning this cool barn board box from Old Flame Brewery. This would make a great holiday gift idea! 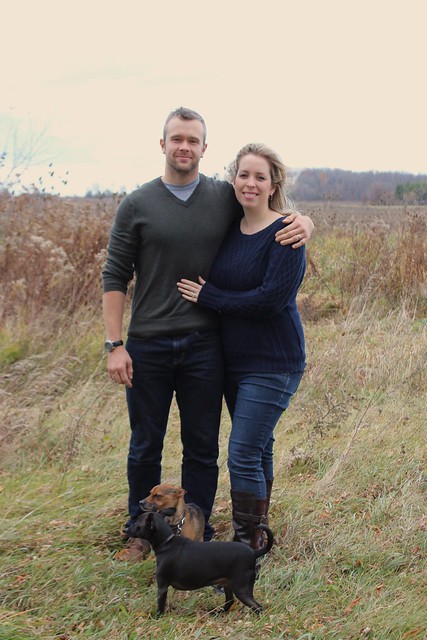 While my sister was visiting, we tried to take our Christmas card photos…but it was a wee bit windy. I thought my hair was bad until I looked at Whiskey’s face! Poor guy could hardly stand in the wind. We’re going to attempt it again later this week with a tripod and remote when the weather is supposed to warm up. 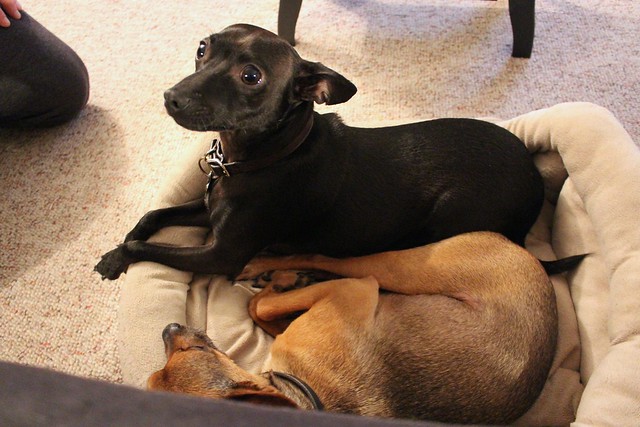 These two were happy to come back inside and snuggle up together beside our little fake fireplace. I’m right with you guys.

I hope you had a nice Halloween too!

« Excited for Halloween
From Sunny to Sophisticated: A Bathroom Makeover »