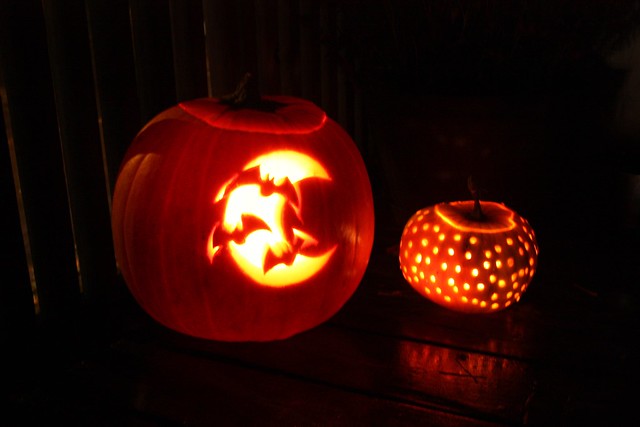 There are only four days left until Halloween! It feels like it really came up fast this year. There is still so much I want to cram into these last few days. I still need to carve our pumpkins, finish up our costumes for a party this weekend and watch at least a couple of my favourite Halloween movies. 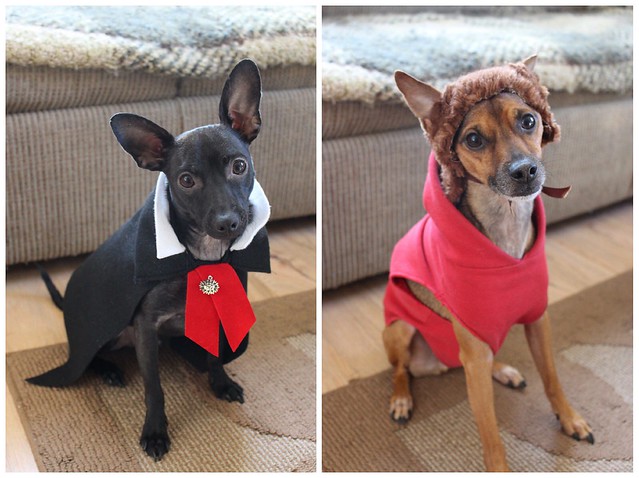 I’m still working on the dogs’ costumes too. Last year they went as DraCola and Were-Whisk. Hopefully I can get theirs done early and share them here before the big day. Over the years, I’ve always loved making costumes for Whiskey. He is the best little dog model and as long as it is like a sweater, he is pretty easy going about wearing them. My family has even been teasing me about dressing up the chickens…which isn’t such a bad idea when I think about it. Talking about Halloween, I’ve had a pretty funny thing happen this fall. Two years ago, Garrett and I went to Salem, Massachusetts for a little fall getaway to celebrate the Halloween season in the spookiest place we could think of.

While I was there I wrote about the walking tour we put together ourselves to celebrate the 20th anniversary of the classic Halloween family movie Hocus Pocus. In September this year, I started getting emails and messaging asking about when I was running the “tour”, how to buy tickets, where to meet the tour guide. It turns out the blog post went viral  and was shared thousands of times on social media within the span of three days. I was totally floored. Even the film’s Production Designer commented on it!  Over the six years I’ve been blogging I’ve had a few posts go viral and they’re always the ones I least suspect, but this one is probably the best. I keep telling Garrett we should go to Salem next year and lead tours because it looks like we could make a killing.

For some last minute fun, here are some more of my other favourite Halloween posts from over the years. I can’t wait to finish carving our pumpkins so I can cook up the seeds! Cat Ears for a Halloween Costume My Top 5 Must See Halloween Movies