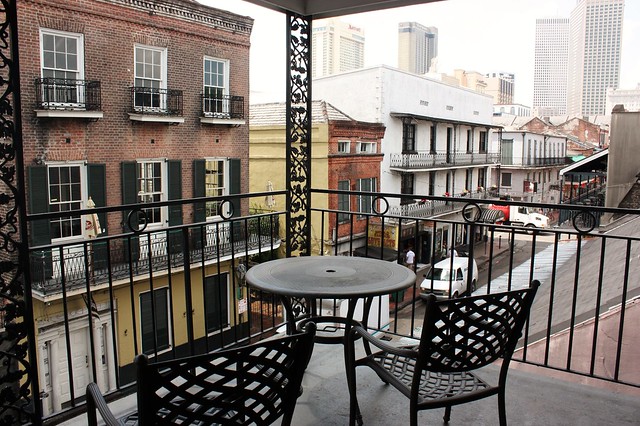 On our last morning in New Orleans, we woke up to a quiet morning on Bourbon Street. It’s such a contrast to all the partying that picks up here in the afternoon and continues on through the night. 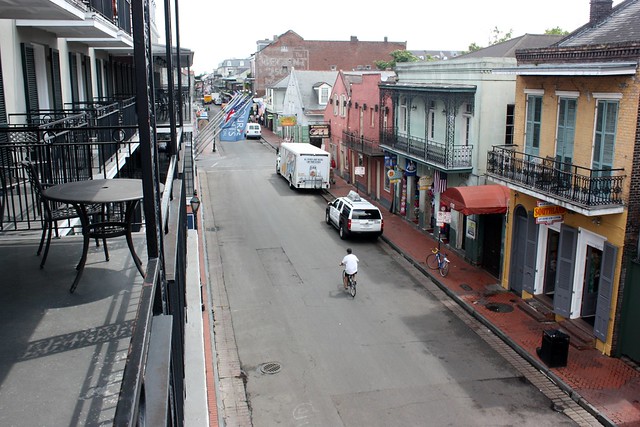 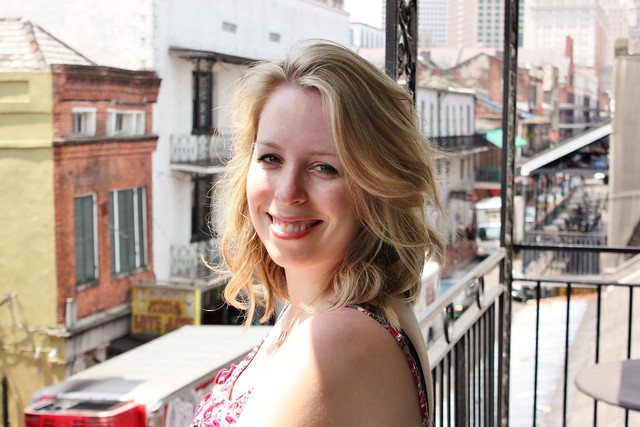 I’m so glad I cut my hair shorter for the honeymoon. It was much easier to get ready in the morning and head out on our next adventure. 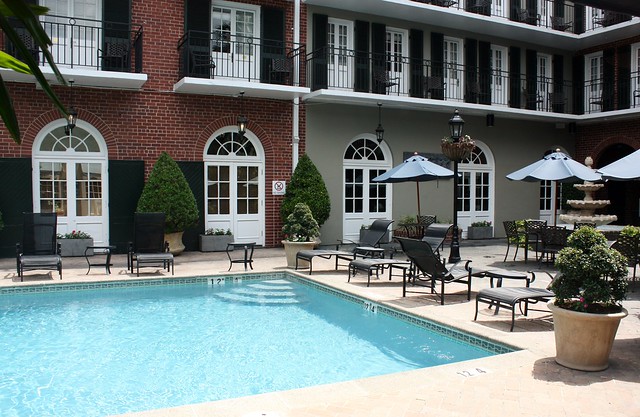 One last stop to the pool before we hit the road. This was such a nice courtyard to relax in and especially on the days when we’d been walking around all day. 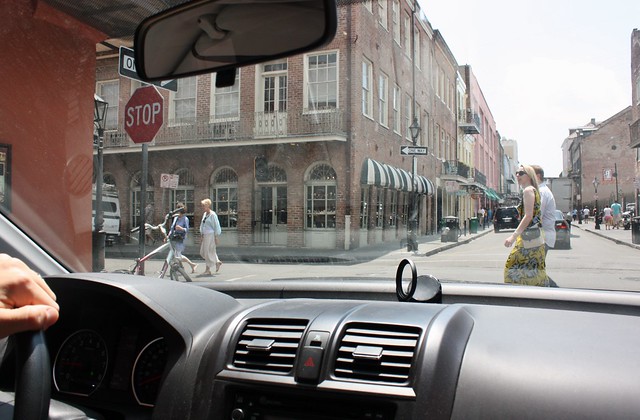 Before we left New Orleans we made a couple of stops to stores that weren’t open when we were walking around the night before. I stopped into a grocery store to pick up some Louisiana spice blends that I can’t wait to try the next time I make jambalaya. 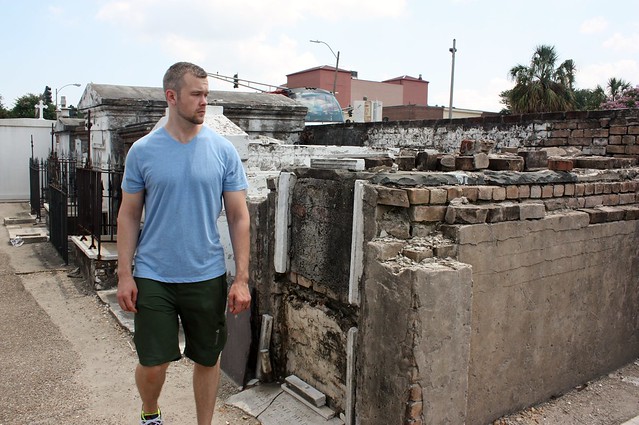 On our way out of the city, we drove over to St. Louis Cemetery #1, which was built in 1789, making it the oldest in the city and arguably the most famous. 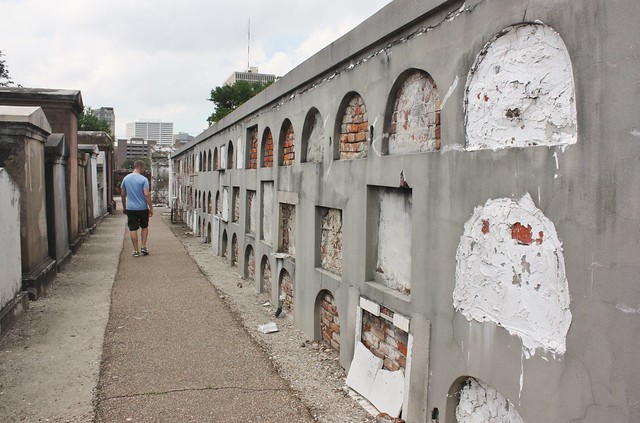 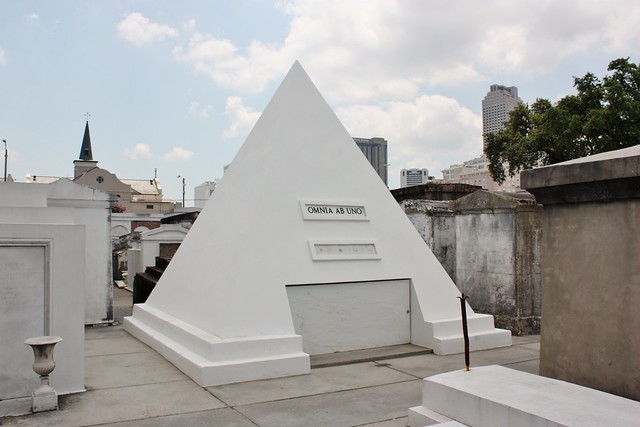 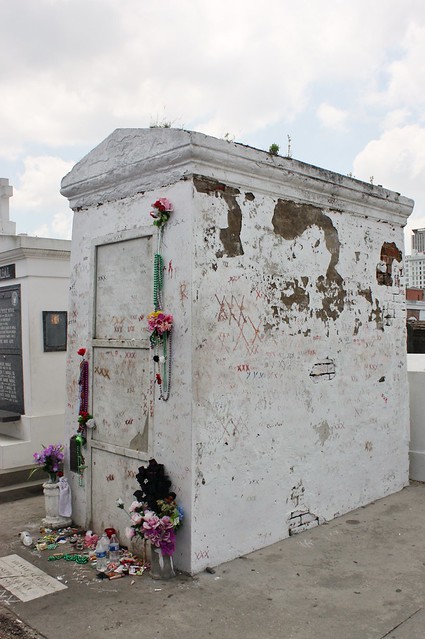 One of the three supposed tombs of Voodoo Queen, Marie Laveau. Every year the family who owns the tomb across from this one repaint it white on All Saints Day, but it is quickly covered up with new markings even though it has been illegal to mark any tombs in New Orleans since 2005. 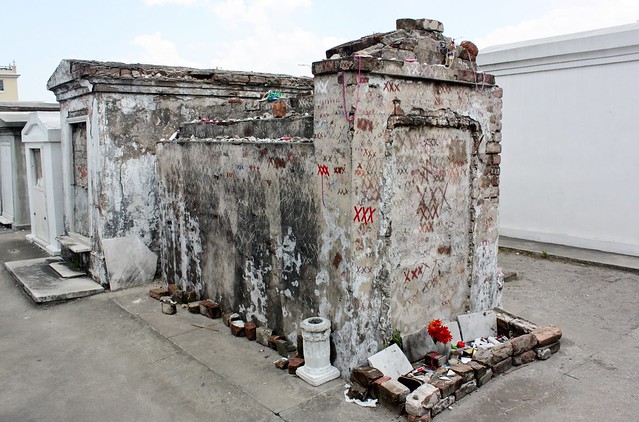 Here is another tomb in the cemetery that is rumored that it could be Marie Laveau’s. 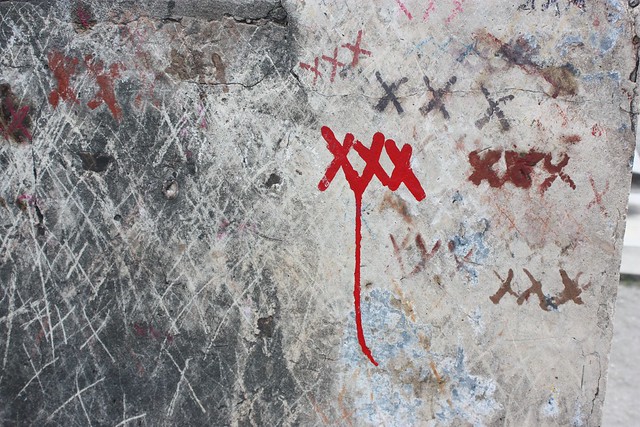 Visitors still draw “X” marks on the tombs from the decades-old belief that if people wanted Laveau to grant them a wish, they had to draw the three “X”s, turn around three times, say their wish and leave an offering – or variations of that.

I forgot to mention that somewhere along the way I got a bad cold and chest infection. I spent the whole time we were in New Orleans coughing and hacking. I decided enough was enough and I didn’t want to spend the next 10 days on the road feeling like that, so we made a detour to a walk-in clinic. 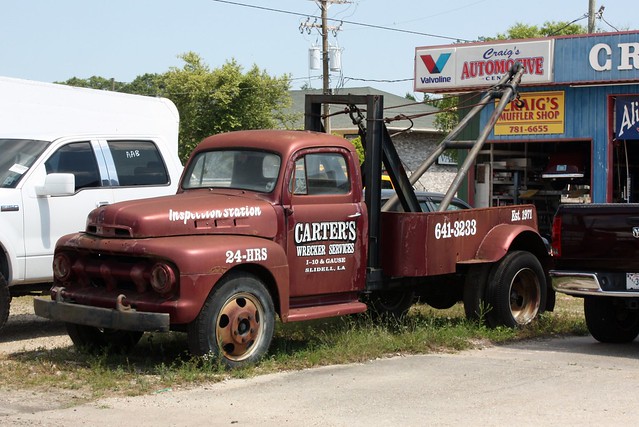 We ended up in a place called Slidell, Louisiana 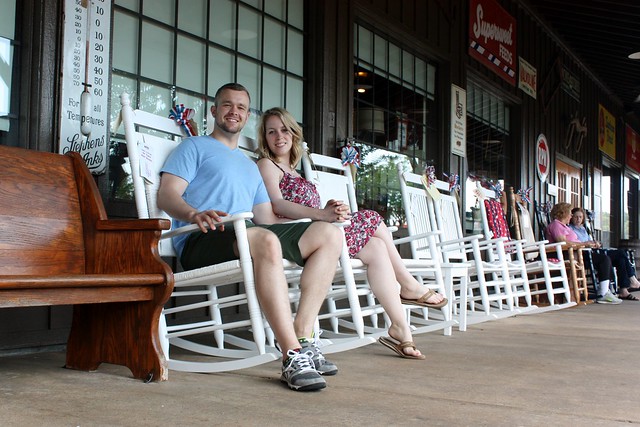 Our first stop was to Cracker Barrel to get an all-day breakfast, convinced that we’d be spending the rest of our day waiting in line at a walk-in clinic.

Thankfully, we came across a clinic that had no one there and I was in and out in no time. Turns out I had something the locals call “Bourbon Street Cough”. The nurse practitioner was so helpful about giving me the medication I needed to get on with our honeymoon AND she gave us directions to take a shortcut to Destin, Florida. We were so excited to go off our intended route and take the ferry she was telling us about, but a quick search online proved that we’d be lucky if we just made the very last ferry that day. It wasn’t worth the detour off the road to take that risk. But if we’re ever there again, I hope that we get to take her route! 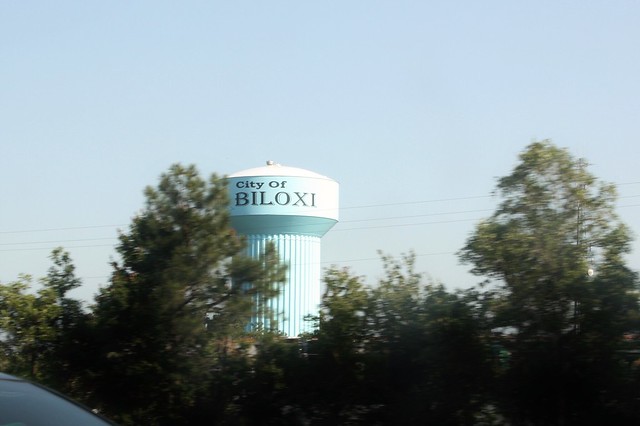 Along the way, spotted a water tower for Biloxi, Mississippi and it reminded us of the Matthew Broderick film Biloxi Blues about a  group of young recruits go through boot camp during the Second World War. I added it to our growing list of films we need to watch this summer. 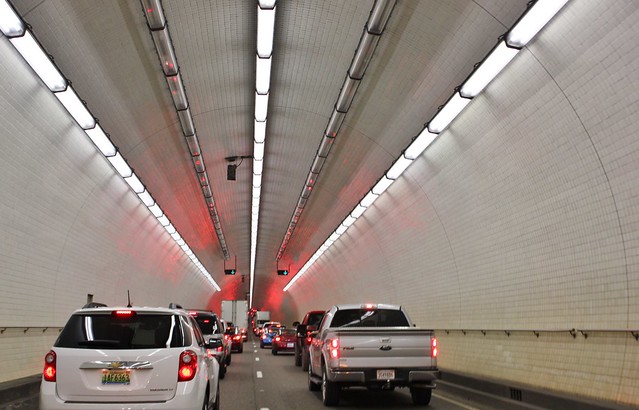 Thankfully, the only traffic we hit on our trip was in Mobile, Alabama, but considering it was the beginning of Memorial Day weekend, we weren’t surprised. 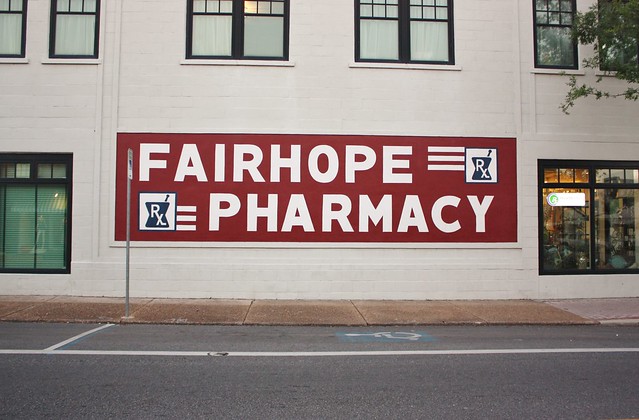 Soon we reached Fairhope, Alabama which had been on my lists of stops ever since I saw an article on them in Southern Living about the best small towns. 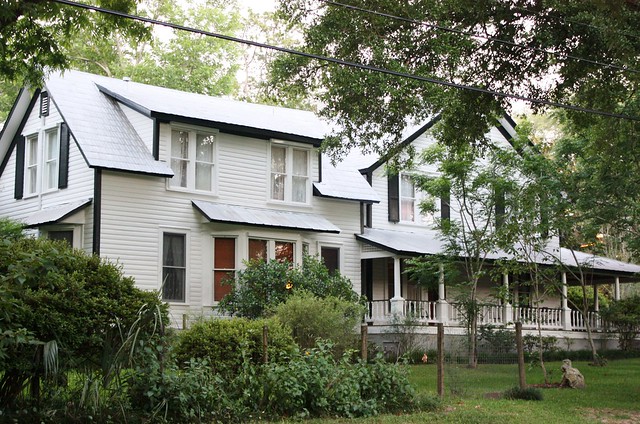 We hardly had a chance to drive around much before it started to get dark, but literally every house we saw was just absolutely beautiful. They all had this great coastal charm. 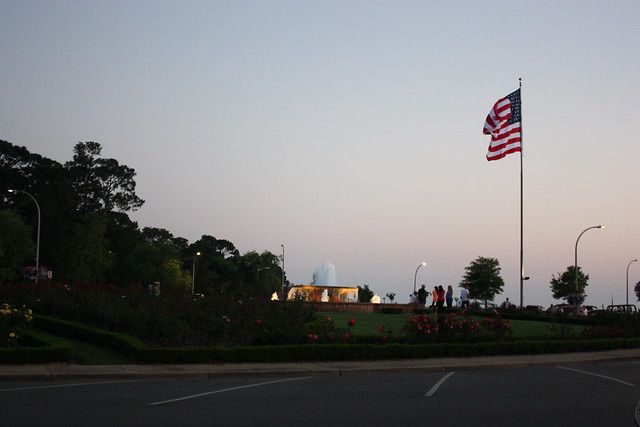 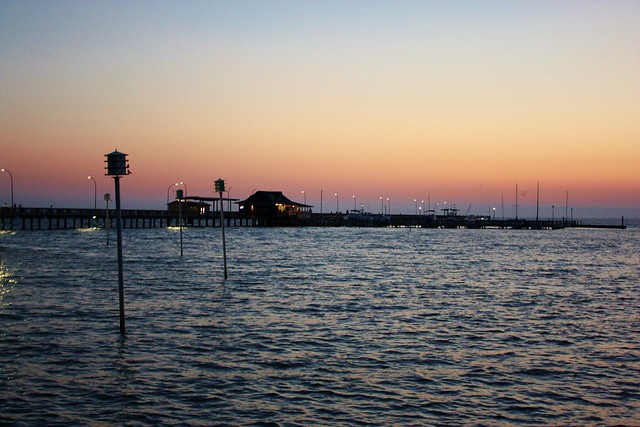 We watched the sunset over the bay and then continued the two hour drive through the back roads to Destin, Florida with the windows down and Sam Cooke playing. We may have been tired and dusty from traveling, but it was one of my favourite moments of the whole trip. Just us, the open road and some good music. 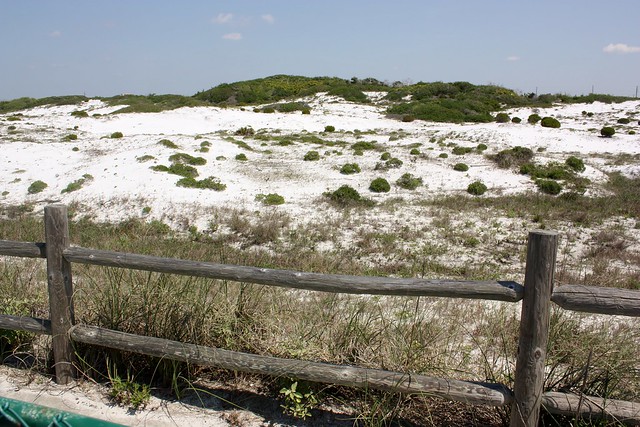 The next morning, we packed up the car and headed down to Henderson Beach State Park. They have a three-quarter mile trail that goes through the dunes and we wanted to fit in a quick hike through there before we got back on the road and spent the rest of the day in the car. 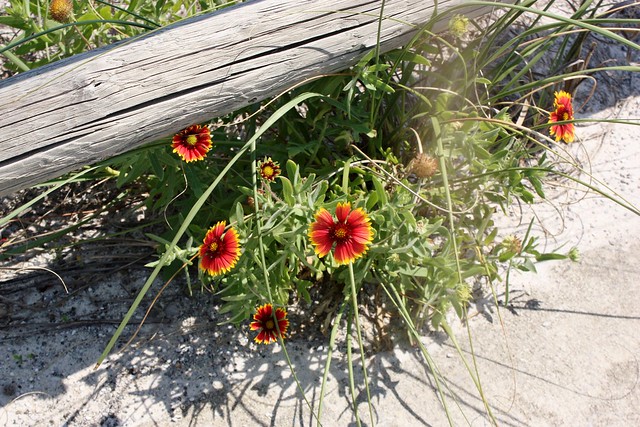 The trail system was beautiful with so much vegetation and animals to see, but it wasn’t long before the heat started to get to us, so we headed to the beach for a quick dip. 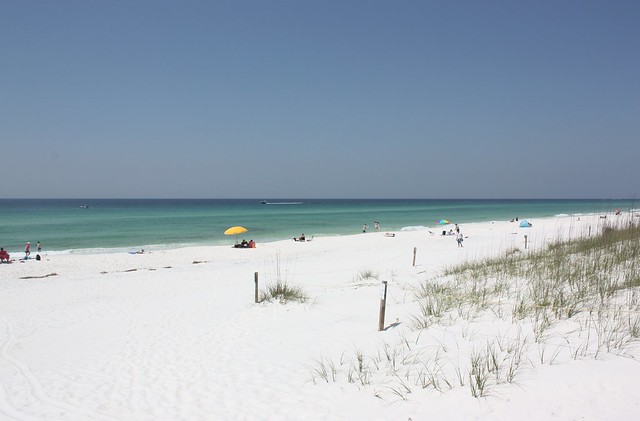 The beach was beautiful – white sand and turquoise waters. 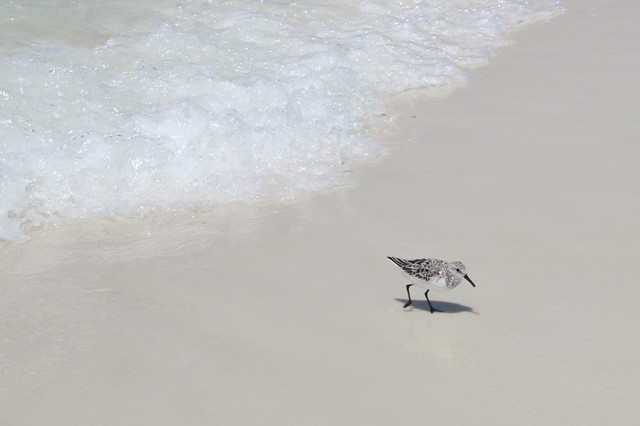 We waded into the warm waters of the Gulf of Mexico for a little cool off and then it was back on the road, making our way to historic St. Augustine, Florida!