A couple of weeks ago, our good family friend Margaret was so kind to give Garrett and I some much coveted tickets to one of the hottest events of the season – the 26th Annual Wild Wild West Hoedown in Aurora, Ontario. Margaret is running for Mayor where she lives in the Town of Georgina (check her out on facebook and twitter!) and had a local event to go to, so she and her husband didn’t need the tickets anymore – and we were more than happy to go in their place. 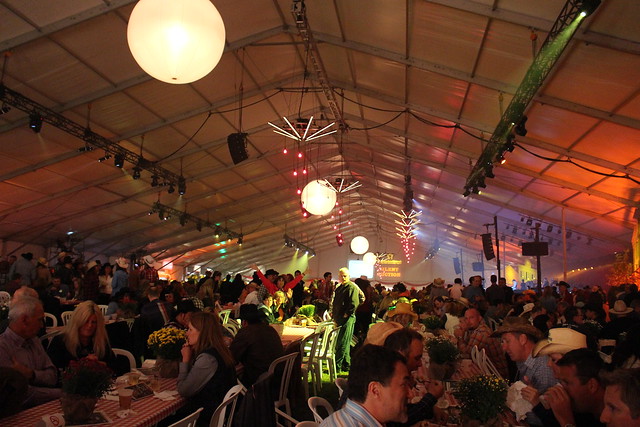 The hoedown started out as a backyard BBQ at the Stronach’s family farm in Aurora and in the last 26 years it has become one of Canada’s leading charitable fundraisers – and a really fun party to boot! Thousands of people come to enjoy the live entertainment, great food, silent auction and raffle draws. 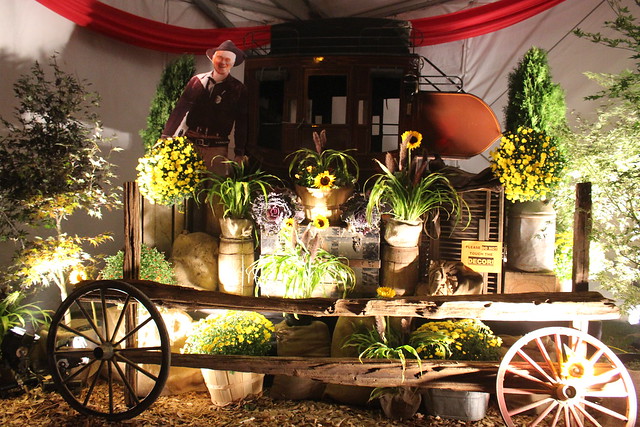 The whole event takes place in a massive tent (I think it’s one of the largest in Canada), that has great themed decor at every turn. Stagecoaches and covered wagons were covered in baskets of fall mums with urns full of sunflowers and wheat. 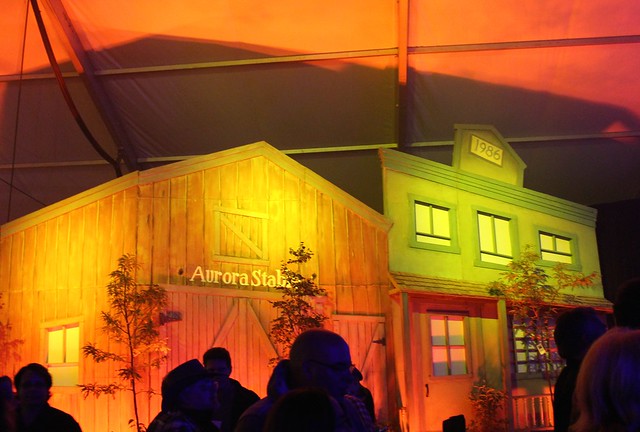 There were massive country-themed facades that flanked both sides of the stage. The decor really gets you into the theme of the night and it helped that so many people were dressed up for the occasion. I’ve never seen so much gingham and fringe in my life! 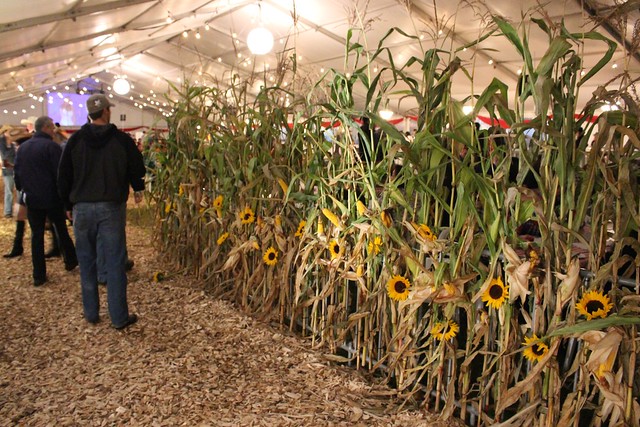 We’d heard that the food is really good, so followed the corn rows back to the dining area of the tent. 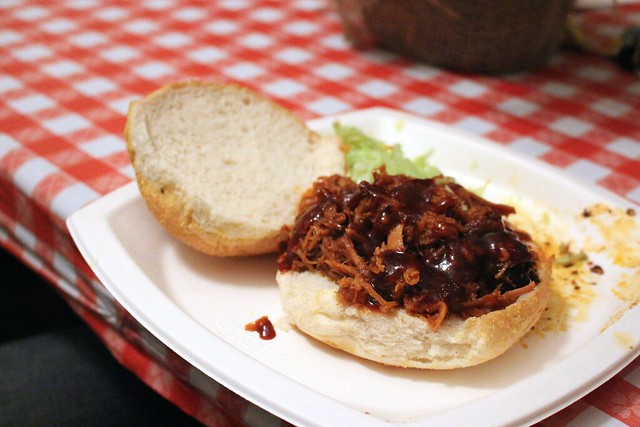 The menu was a Texas-style BBQ with plenty of options like pulled pork sandwiches, BBQ chicken, chili, beef brisket, potato salad and coleslaw. 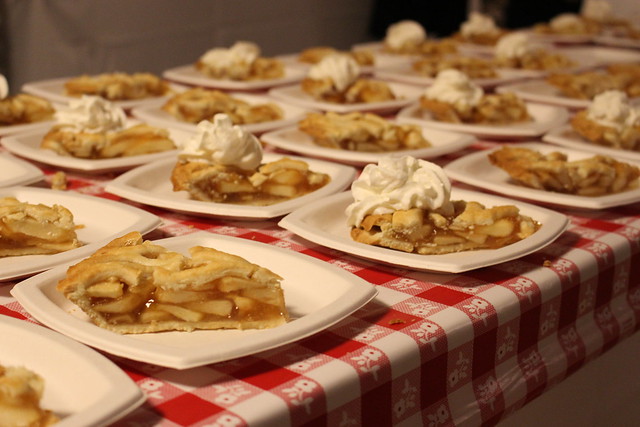 They also had warm apple pie, which turned out to be nut-free so I was able to have a slice with a nice cup of tea to warm me up. 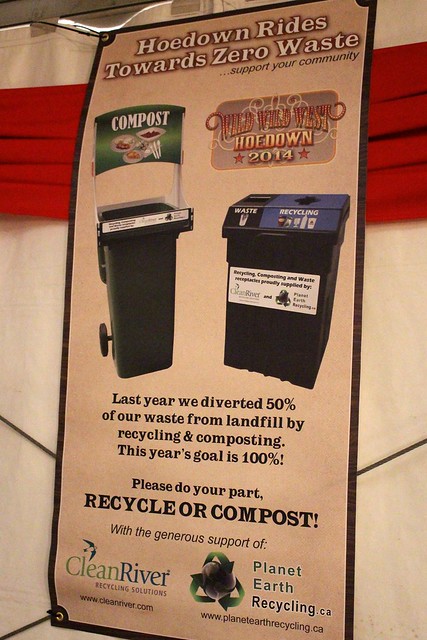 I was really happy to see signs everywhere encouraging everyone to use the recycling and compost bins. For a big event like this to work towards zero waste, that’s huge. 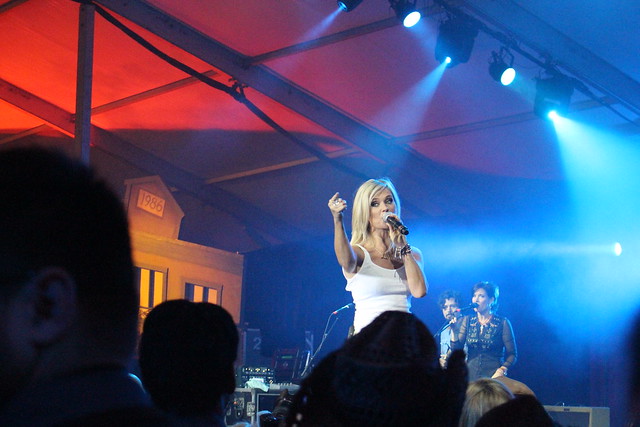 With fully bellies, we headed up towards the stage to catch Canadian singer, songwriter and TV host Beverley Mahood. She did an awesome set and really knew how to get the crowd up and moving.

I shared a video that night of some of her show. 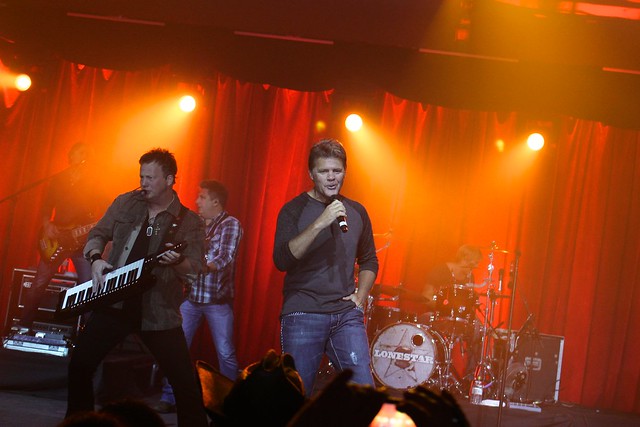 Next up was Lonestar – which played a ton of songs we knew, as well as some fun new ones. 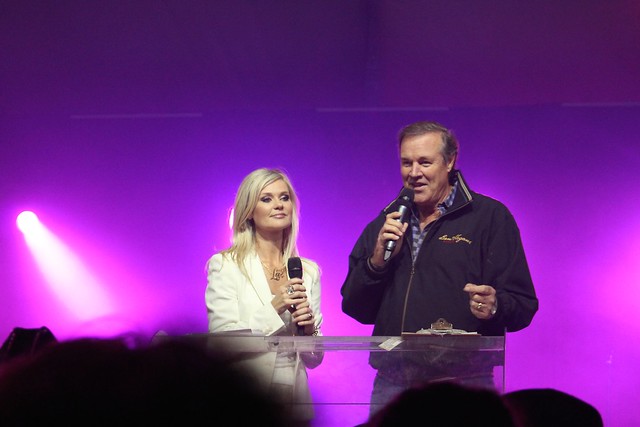 The rest of the evening was for the raffle prizes, given away by CTV news anchor Ken Shaw and Beverley Mahood. The event was able to raise $463,000 to go towards the 15 charities, not-for-profits and community organizations that were this year’s recipients: