Back when I lived alone in a my little apartment, I used to eat cereal for breakfast sometimes. It was cheap, quick and I liked it.

Now days, I’m cooking for not just for myself, so I have to come up with real dinners we can both enjoy…which probably is a better idea anyways. Especially when it makes leftovers. 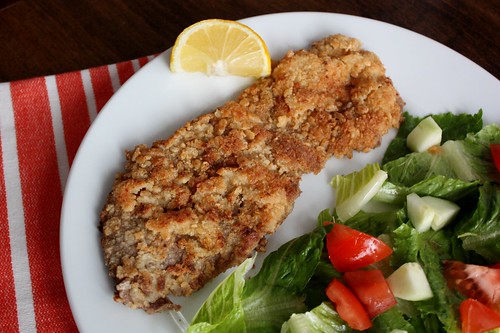 Enter this Crispy Veal Schnitzel, which swaps out the usual breadcrumbs for crushed rice krispies. It all started with a trip to the grocery store when I saw veal scallopini on sale. I got thinking about some of the great schnitzels and breaded meats my mom used to make and I wondering if I could do it myself. Then I got home and I realized that I had no breadcrumbs left…but I did have a box of rice krispies. I know that you can make some great breading with crackers, but would cereal work too? Thankfully it turned out delicious and I just had to share it incase anyone else is in a pinch and needs a good breading substitute. (Just make sure they aren’t cocoa rice krispies…that would just be wrong.)

You’re going to need to setup a station with three shallow bowls (one for each step) and then a clean plate at the end for the finished pieces to go. 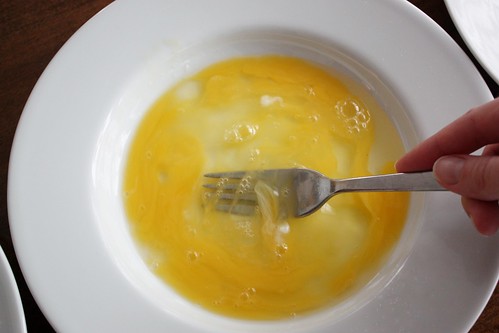 In the first bowl, whisk together the eggs, seasoned with salt. 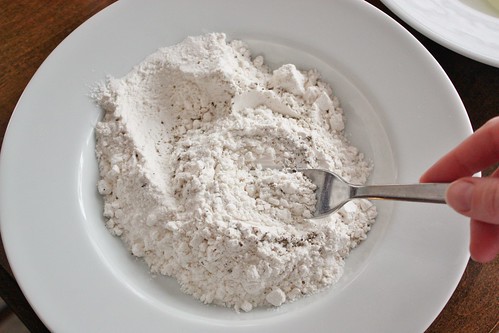 In the second bowl, season the flour with salt and pepper, stirring to combine. 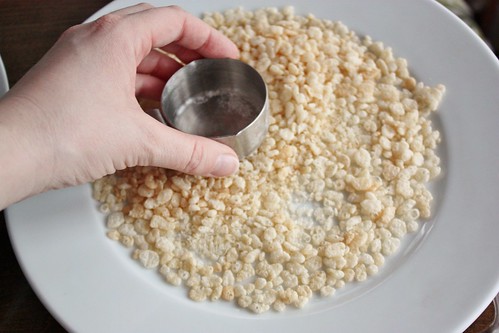 In the third bowl, crush the rice krispies. I did it with the back of the measuring cup, but you could also do it by placing the cereal in a plastic bag and rolling it with a rolling pin. 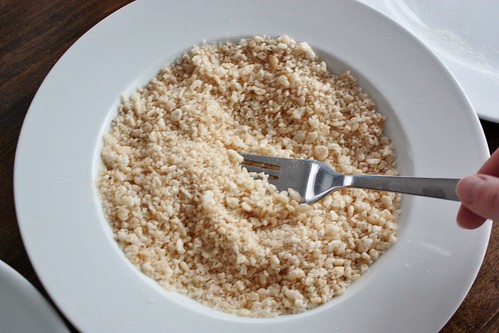 Season the crushed cereal with salt and pepper, and stir. 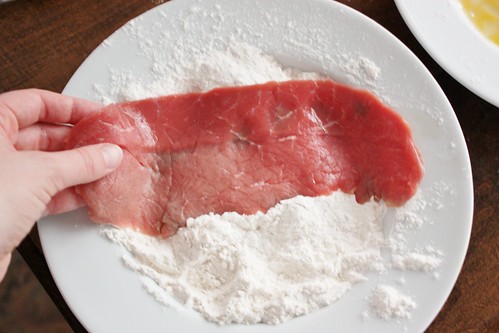 Now you’re ready to bread the veal! Taking one pieces of meat at a time, dredge it through the flour mixture, being sure to coat both sides. 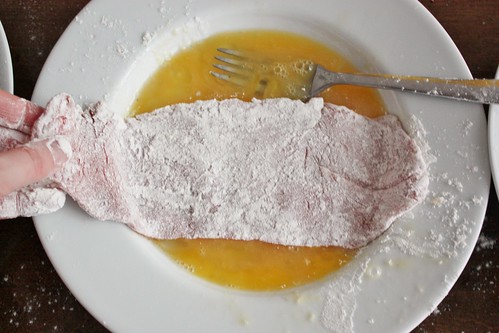 Next, it goes into the egg, coating it on both sides. 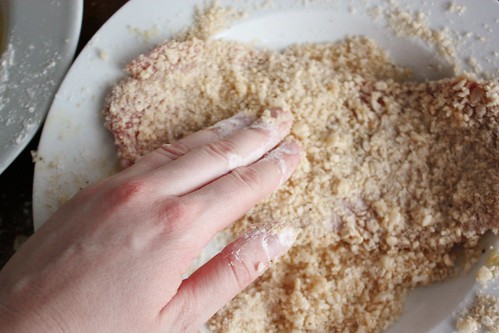 Finally, it goes into the crushed cereal. I find that when you dredge it the first time, it doesn’t pick up much cereal, so I sort of press some extra into is as well. Set aside on a plate and continue with the other pieces of meat. 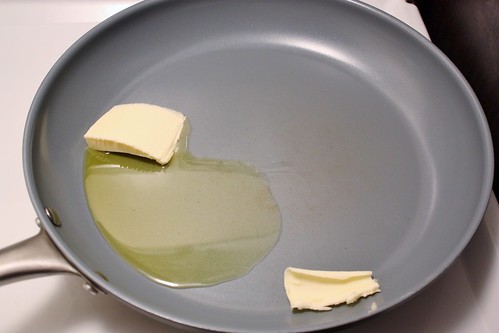 Melt 2 tbsp of butter and 2 tbsp of olive oil in a large frying pan on medium-high heat. 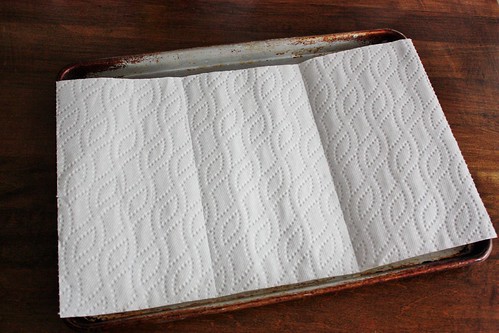 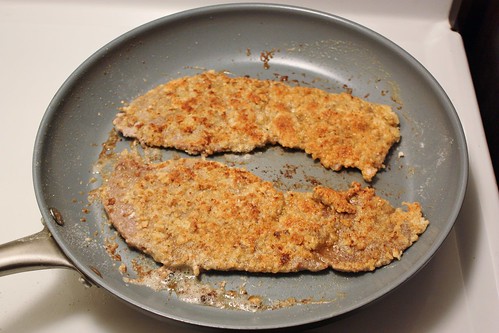 Place two pieces of veal in the frying pan, cooking for 3-4 minutes on each side or until golden brown. 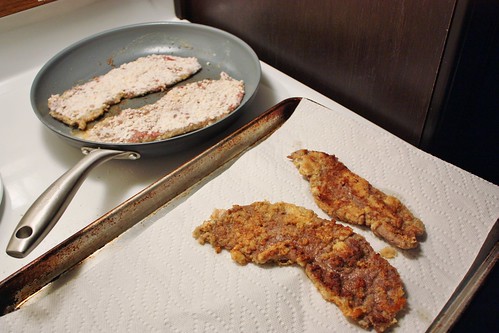 Repeat until you have all the pieces cooked, letting the finished ones rest on the paper towel and keep warm in the oven. 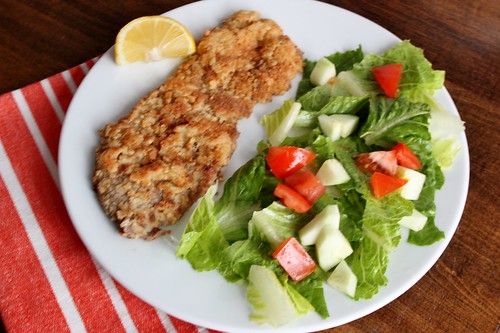 Serve with a wedge of lemon and a crisp side salad.